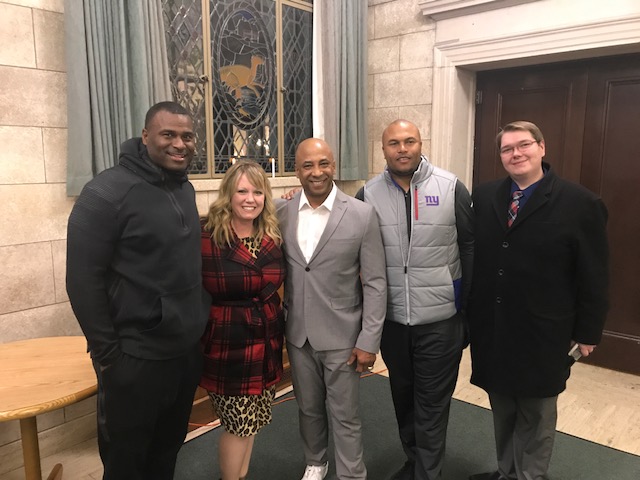 On the evening of Wednesday, December 6, 2017, Principal, Nan Gallagher, was invited to attend the Governor’s 2nd Annual Candlelight Vigil for Addiction in Trenton, New Jersey with former Denver Bronco wide receiver and current client, Vance Johnson.  Vance Johnson was a speaker at the event.  Below, a highlight of his moving presentation:

“Ten years in the NFL, three Super Bowls with John Elway, the Olympic team, never having a problem with addiction but then when I started, I couldn’t stop. When I lost my son I ended up using myself into a coma. I was laying there dead and my sister took a deathbed picture of me. When I was laying there I realized that, you know, there must be something more than just going to the Super Bowl and being a great football player. There had to be a reason why I was wearing that #82 jersey for the Denver Broncos, and now I know what that was all about. So that I could have a mighty fall. So when I was offered an opportunity to come back to my home state and be a part of Trenton, to be a part of hope, to be a part of a community, that I was here to do that … There’s something we have to do when we leave from here, because someone’s sobriety has your name on it.”

Ms. Gallagher and Mr. Johnson are nationally recognized speakers on the perils and pitfalls of addiction and indiscriminate prescribing.  Helping to educate physicians on exercising better judgment and self-restraint, The Nan Gallagher Law Group has made great strides in stopping prescribing problems and resultant addiction and abuse at ground zero. When asked to comment, Ms. Gallagher remarked, “Vance and I won’t stop until we can effectuate a marked change in the way practitioners prescribe and the overall health and well-being of our population.”